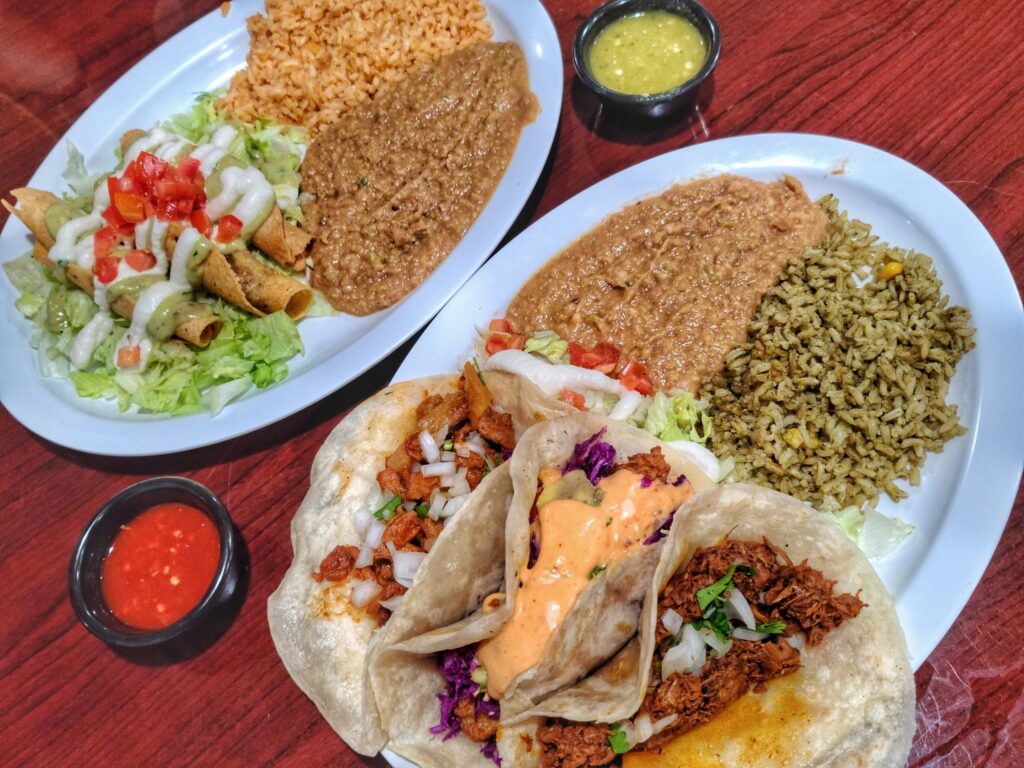 As you travel down Long Point Rd there is an array of shopping strips, apartment complexes, homes and old houses that have been converted into businesses. You have to love the lack of zoning in Houston that makes this place such a unique city. There is a hidden oasis that awaits you in the middle of the Koreatown District of Spring Branch but it is not a Korean restaurant. At the corner of Long Point and Murray Bay you will find Cascabel, a vegan Mexican restaurant that is bringing those familiar Mexican flavors without the use of any animal products. I know what some of you might be thinking and just a year ago, I would have been offended if someone offered me vegan Mexican food but times have changed. Last year, I started to transition into a vegetarian diet but I can never give up meat for good. When I heard about Cascabel, I felt like it was too good to be true that I could satisfy my Mexican food cravings without feeling guilty. Thankfully, Cascabel did not disappoint. 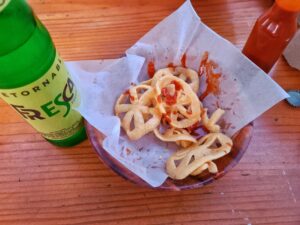 From the outside, Cascabel greets you with large patio seating that is perfectly shaded with large trees and lights set the mood as the sun goes down. The old house turned restaurant seems out of place in the neighborhood but still feels inviting. Inside there is plenty of seating which allows patrons to spread out during COVID restrictions. Unlike the typical complementary chips and salsa you find at other spots, Cascabel brings out Duros de harina (wheat flour puffy snack that is similar in texture to chicharrones) and Valentina hot sauce. Pro tip: Ask for some lime to squeeze over the Duros to take these to the next level. The menu offers a wide option of appetizers, plates and desserts, as well as a bar menu of beers and cocktails. Another great thing to note is that breakfast is served all day. On this trip, I went with El Taco Mixer ($13 on flour, $10 on corn or $10 on Romaine lettuce) which offers three tacos with your choice of vegan meats, rice (Spanish or Cilantro Corn) and refried pinto beans. Now it is important to talk about their vegan meat options: 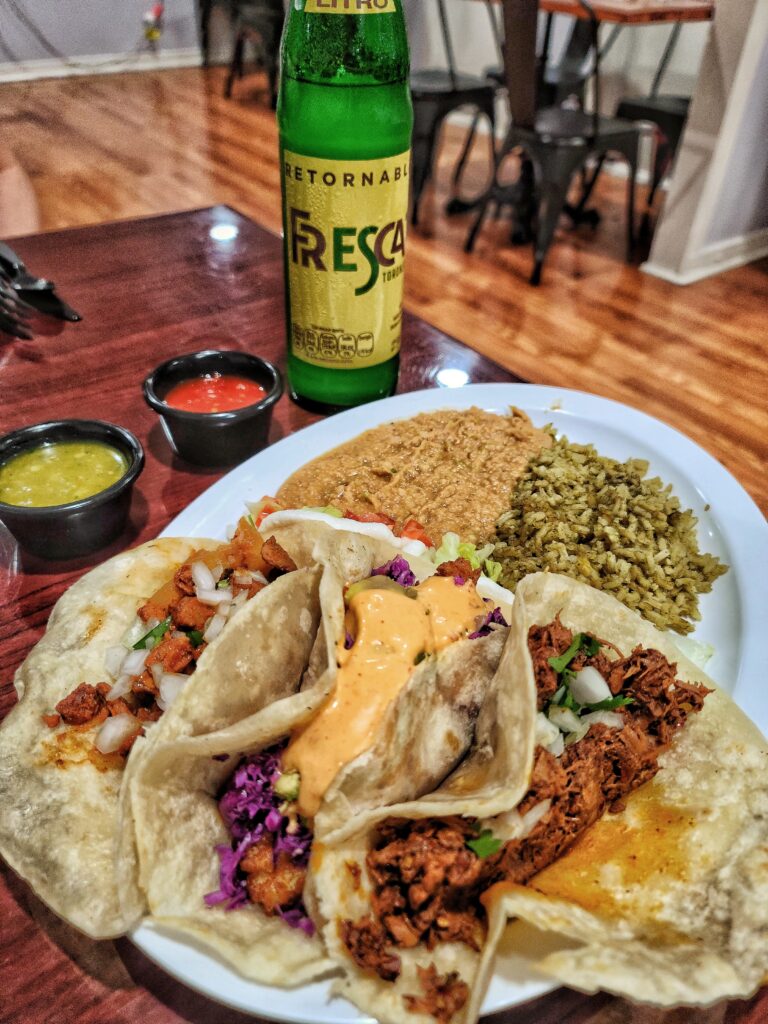 For my plate, I went with the Al Pastro, Barbacoa and Baja all on their homemade flour tortillas with the Cilantro & Corn Rice and refried pinto beans. When that plate hit the table, I was instantly surprised by the presentation. By the appearance, the Al Pastor and Barbacoa looked like the real thing. I had never had jackfruit so this was a new adventure for me but when I took that first bite I was hooked. Now, I am not going to tell you that this tasted exactly like traditional barbacoa but it was delicious. The texture is similar minus the gelatinous grease and the flavor was heavy on the chile instead of the strong gamey flavor of real barbacoa. The cilantro and onions bring this taco together making this savory seasoned shredded jackfruit a perfect substitute for meat. I am very critical about Al Pastro because I find that too many restaurants are very heavy handed on the achiote and chiles de árbol, but that is another article for another time. The Al Pastor at Cascabel is unique, the soy chunks are perfectly marinated for full flavor absorption. Personally I love the char that Al Pastor gets from the trompo but you cannot replicate that with soy. The flavor however is there, it is that blend of sweet from the pineapple and savory from the chile and spices that you look for in Al Pastor minus the meat. The onions and cilantro give you that acidic and herb contrast that makes this taco complete. Finally, the Baja taco sat patiently awaiting its turn to be consumed. This was a taco that was just being itself, it didn’t need to pretend to be something else. The fried cauliflower held onto the light battering tightly and its texture was still firm. The chipotle mayo give this taco a delicately spiced kick and the red cabbage came in with the assist adding a fresh crunch. While I thoroughly enjoyed the Barbacoa and Al Pastor, and I will certainly be back for them again in the future, the Baja was a clear winner for me. The rice and beans were almost an afterthought for me because these tacos were pretty big but they did hit the spot. The price for this dish is on point and the portions as you can see are very generous. As a final tip, don’t go too hard on the Duros in the beginning or you will fill up too fast. 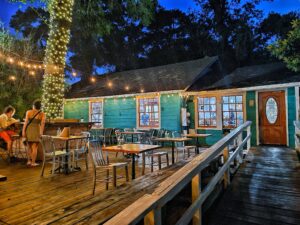 Cascabel was a big hit for me and if you are vegan or interested in trying vegan food, you will not be disappointed. This spot opened back in November of 2019 and had plans for a grand opening once they received their liquor license. Unfortunately, they did not receive the license until the start of the COVID-19 pandemic. Now that cases are decreasing, Cascabel has set the date for their Grand Opening Fiesta. Be sure to check them out on September 12th from 11a-10p. They will have $1 street tacos and $2 tequila shots, if that doesn’t sound like a party, then I don’t know what does. I look forward to returning to Cascabel to enjoy a few drinks and street tacos on their patio as summer is winding down and cooler temps are soon to arrive. For hours, location and menu, be sure to check out Cascabel here. 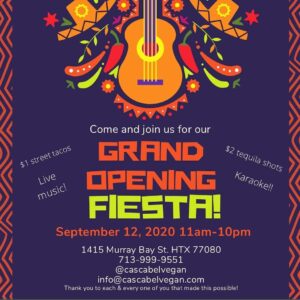 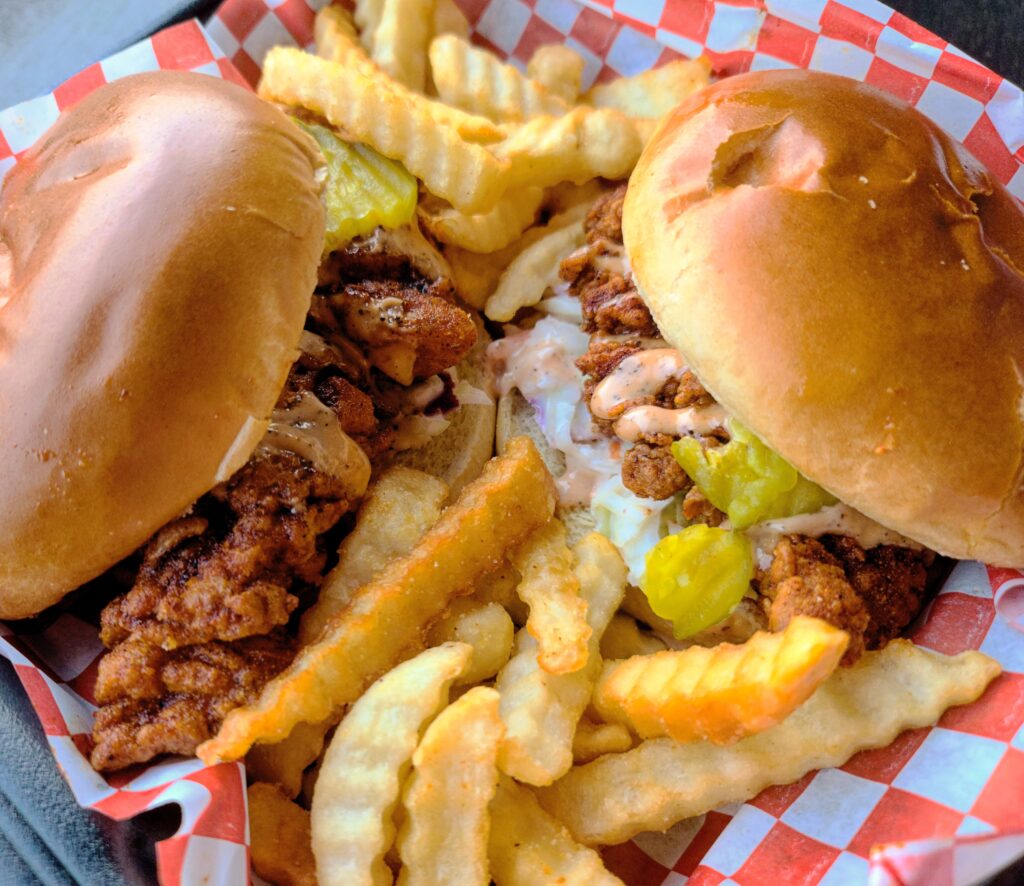 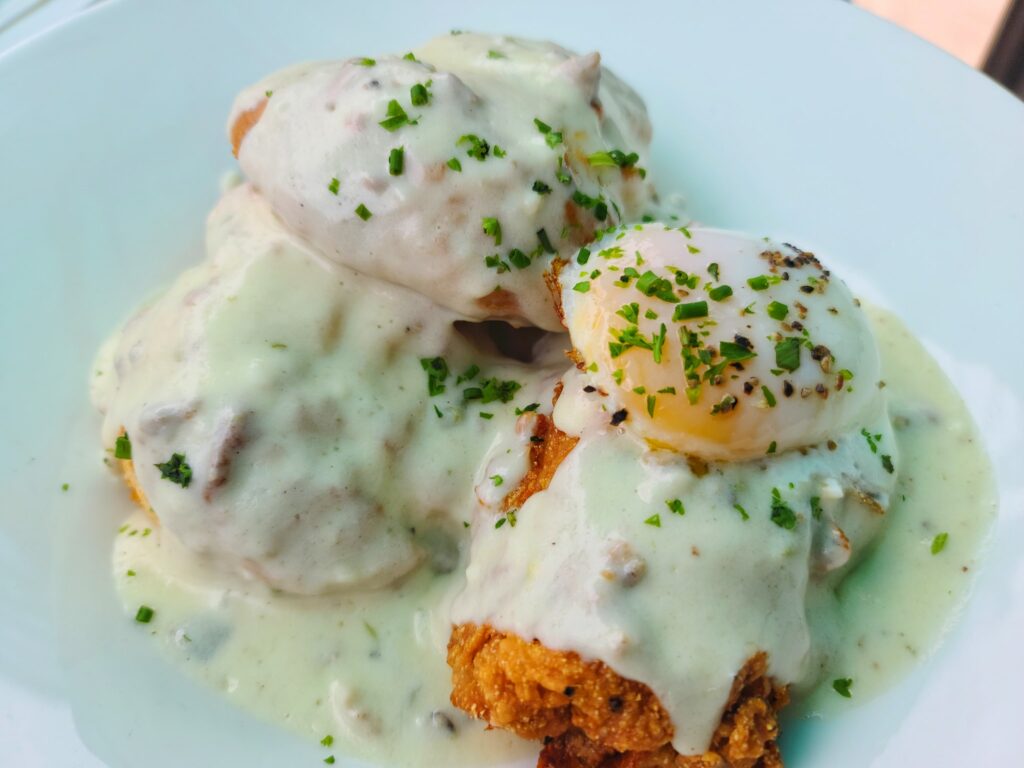 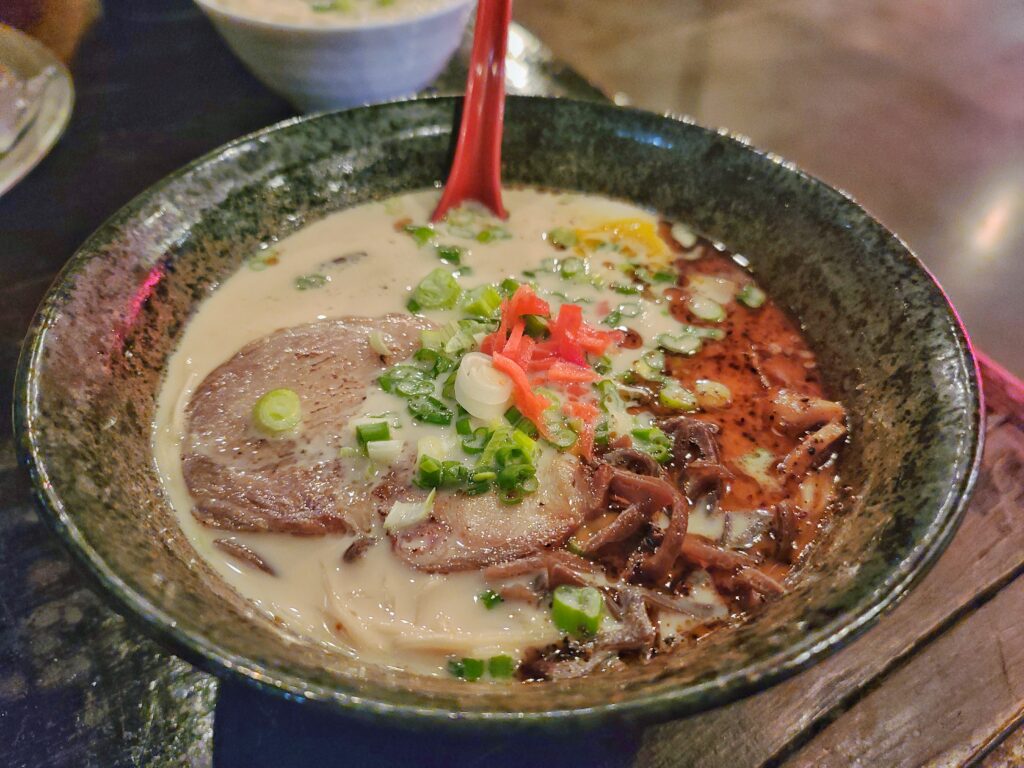