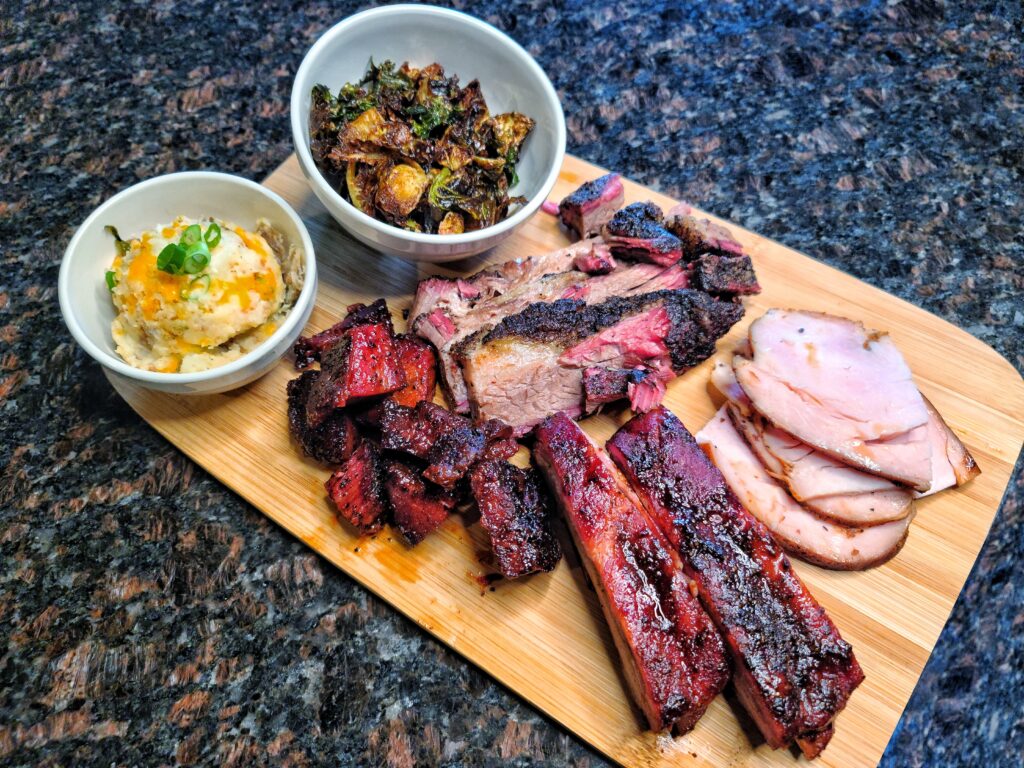 Over the last year, the pandemic has put an economic squeeze on the food and beverage industry. Unfortunately, we are still seeing the effects with no real end in sight and it has resulted in many businesses closing for good. The rest have struggled to say afloat and are adapting to changes in hopes to keep their business open. Down in the lower level of Greenway Plaza is a large food court known as The HUB, which would be bustling during the lunch hours through the week but now only a few places remain. As if the pandemic was not enough, these particular businesses depended heavily on the office clientele that frequented the food court. As restrictions were lifted and life started to return to an altered form of normal, many who worked in the corporate cubical world are now working remotely. This meant less business for the restaurants in The HUB. Last month, Erin Feges who is the co-owner of Feges BBQ (pronounced fee-jis) posted a video of The HUB on their social media pages that showed an empty court that would be super busy on any given day prior to the pandemic. Feges BBQ is one of the few businesses still open in The HUB but it has not been an easy path. Feges BBQ is known for their incredible smoked meats and non-traditional sides that have set them apart of the other bbq joints and it is what has helped to keep business coming in.

Feges BBQ was established in 2018 by Erin and Patrick Feges. Both Erin and Patrick have extensive resumes working in acclaimed fine dining kitchens and that comes through in their food. Known for his whole-hog barbeque, Patrick smokes up the pit putting a lot of love and attention into the meats. All across the state, brisket is king and Feges has mastered that as well, but he really brought the hog to the forefront and blown the competition away. At most barbeque joint, you’ll find the typical beans and potato salad but Erin and Patrick wanted to customers to experience something unique that you wouldn’t typically find with Texas barbeque. The Sweet & Sour Brussel Sprouts, Kale Salad and Moroccan Carrots are just some of the mouthwateringly delicious sides that are almost a meal within their own. I headed to Feges on a Friday afternoon to pick up lunch and saw for myself how empty and quiet The HUB had become. The warm greeting from the Feges team always feels authentic as they give you a rundown of their daily offerings. On this particular visit, I picked up a three meat plate with an extra side and some of their Brisket Burnt Ends for later. As I headed back home for work meeting, the intoxicating aroma of smoked meats filled my car. My stomach rumbled and mouth watered as I caught nearly every light home. The moist brisket had a gorgeous peppery bark with just enough salt to give you all the flavor needed. Putting sauce on this brisket would seem like a crime. Turkey is something I personally like to find a barbeque joints but there aren’t many places that do it right. The turkey at Feges BBQ was damn near perfect. The smoke penetrates the turkey breast adding flavor throughout the moist slices of meat. The ribs sat patiently awaiting their turn, as the sweet and smoky glaze shimmered in the light. The meat pulled from the bone with very little effort and the glaze was just light enough to give you a hint of sweetness without overpowering the meat. I know I had promised to keep the burnt ends for later but I couldn’t help sneaking a few. The sauced and tossed burnt ends were given a generous coating of black pepper that stuck to the glaze. This was the moment of pure joy as I snacked on these meaty morsels of sweet, smoky and peppery candied brisket. For the sides, I wanted to go somewhat traditional while incorporating something with a twist. The Loaded Potato Salad at Feges strayed away from the traditional mustard or mayonnaise southern-style potato salad and instead went for a baked potato style potato salad with green onions and cheese. While I love traditional potato salad, this might be the only way I want my potato salad with barbeque going forward. The Sweet & Sour Brussel Sprouts lacked on the sweet but brought on a lot of Asian inspired flavors of umami in each little bite. My taste buds were on a journey of flavors as I took turn switching up parings of the smoked meats and the sides. In the end, I was in a meat coma as I returned to work for the rest of the afternoon. As a person who tends to stick to a vegetarian lifestyle, I appreciate that Feges BBQ has put as much attention into their side as they do in their meats. For those herbivores, that tend to stay far away from bbq joints, Feges is a welcoming place that will happily satisfy your vegetarian needs. 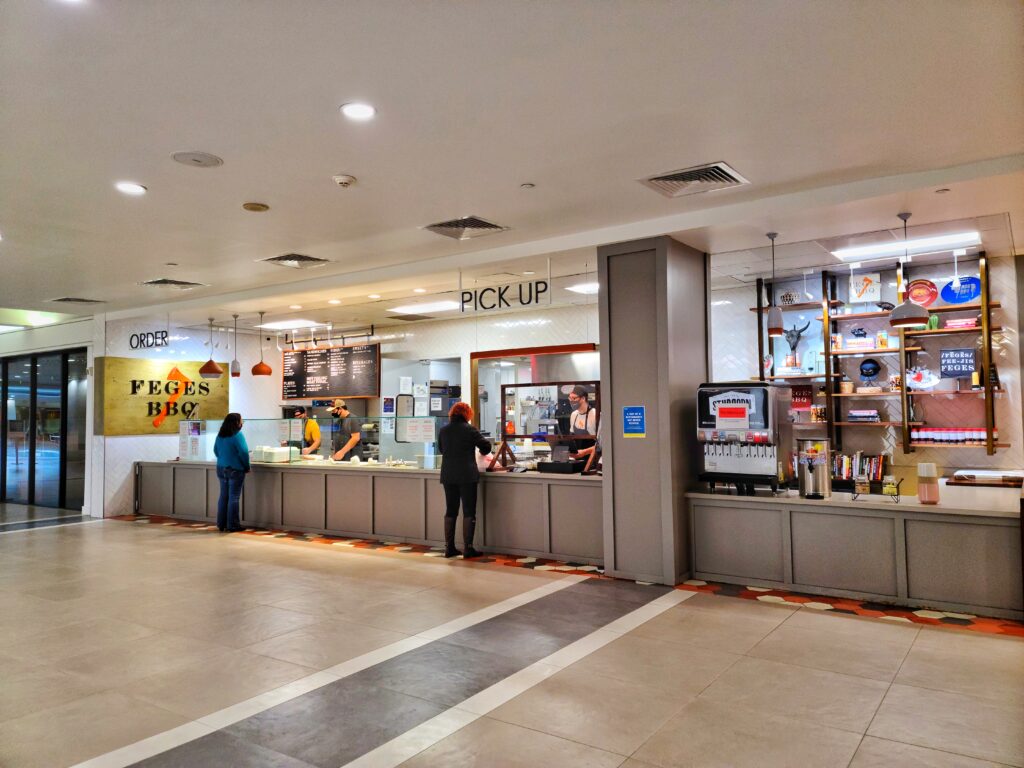 Though 2020 has been a rough time for Feges BBQ, this year looks towards a brighter future. They are opening their second location in Spring Branch around the end of April or early May. Unlike their location in Greenway Plaza which is only open Monday-Friday (11a-2p), the new location will be open six days a week for both lunch and dinner. They will also expand their menu to include burgers, salads and daily special plus Erin will bring her experience as a sommelier to add a wine list that will pair with the smoked meats. Until the new location is open and you have a craving for Feges BBQ on the weekend, you can find them on Saturdays at the Urban Harvest Farmers Market (2752 Buffalo Speedway) from 8am-12pm where you can pick up their buy in bulk meats or you can order their meats to be shipped nationwide from their website. As if their food isn’t enough reason to love Feges BBQ, Erin and Patrick are always looking to give back to the community. On the first Monday of every month, Feges invites those working in the Houston hospitality industry to stop in for a free meal. Patrick, whom is a Purple Heart decorated Army Veteran also invites all military veterans to stop in each Friday for a fee meal. Talking with Erin and Patrick you get a sense that they are such humble people that truly love what they do. Be sure to check out Feges BBQ on their website by clicking here and on all social media platforms. 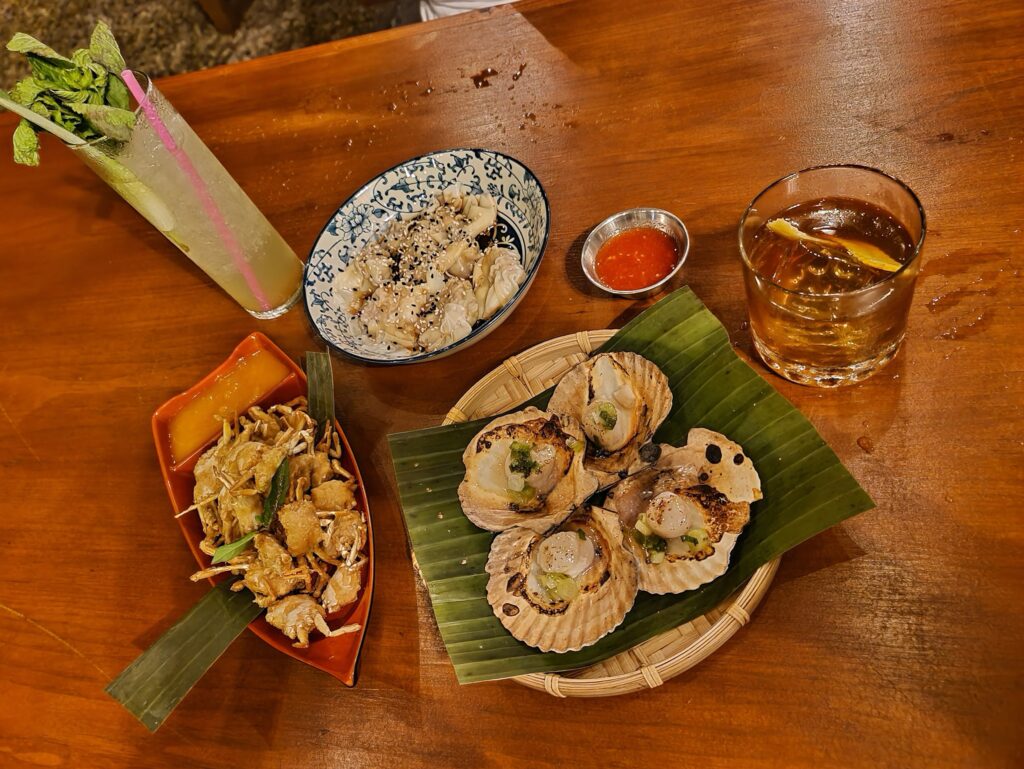 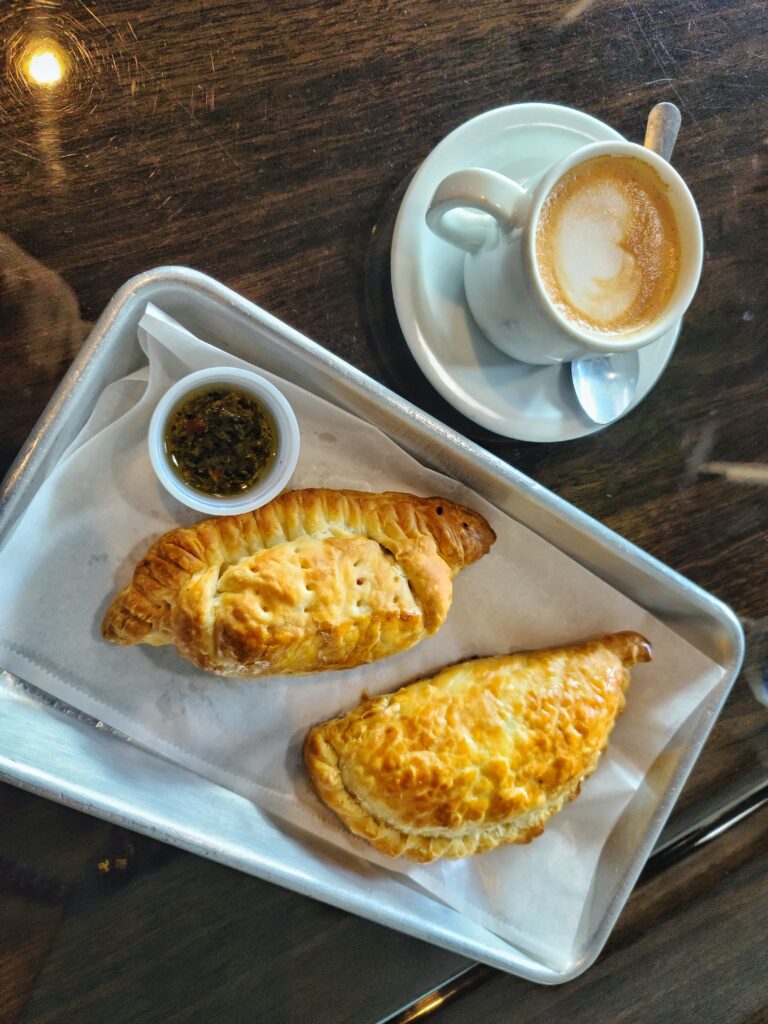